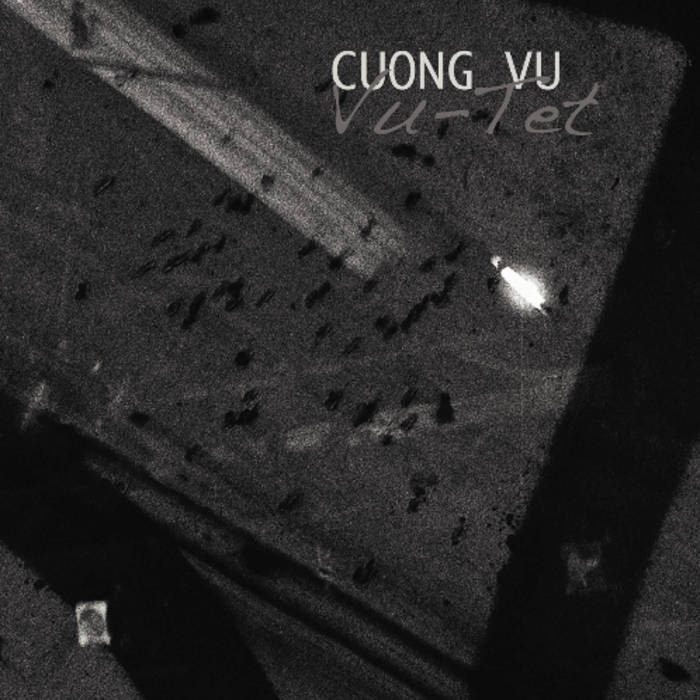 John Cratchley Consistently in my "always have available to play" cd stack since it came out...this album is a defining moment in the creation of a new musical direction for me...Cuong Vu is off the wall; enigmatic, epic, visceral, cerebral, romantic, stark...all these qualities apply.
I put this in my BC collection in the hopes that it will get lots more exposure and blow a few more minds!

Gum is the enemy

"On his excellent new album with Speed and the trio, "Vu-Tet" (ArtistShare), Vu's trumpet chops are noticeably nimble, especially on the bumblebee flights of "Accelerated Thoughts," the muscular runs of "Never, Ever, Ever" and the romantic lyricism of "I Promise."" - Paul de Barros, Seattle Times

"But this is a really good record, scary good, and it needs to be heard by as many people as possible. I’m not saying that you’ll necessarily like it — all I’m saying is that if you don’t, then you suck." - Matt Cibula, Cave17.com

"A pinnacle in Cuong Vu's discography, Vu-Tet reveals a unified voice that veers from somber to fervid, never falling victim to post-modern pastiche." - Troy Collins, All About Jazz

"Vu-Tet—an innovative, modernistic, compelling recording, from start to finish—answers the 'Why plug in a trumpet?' question convincingly. Outstanding!" - Dan McClenaghan, All About Jazz

"While Vu became more visible when he joined the Pat Metheny Group in 2001, his work on the guitarist's more eminently accessible Speaking of Now (Warner Bros., 2002) and ambitious The Way Up (Nonesuch, 2005) hasn't compromised his own evolving voice. Instead, Vu-Tet capitalizes on and expands upon the successes of It's Mostly Residual, with even greater compositional depth, textural breadth, improvisational freedom and intimate group interaction." - John Kelman, All About Jazz