This, This, and That 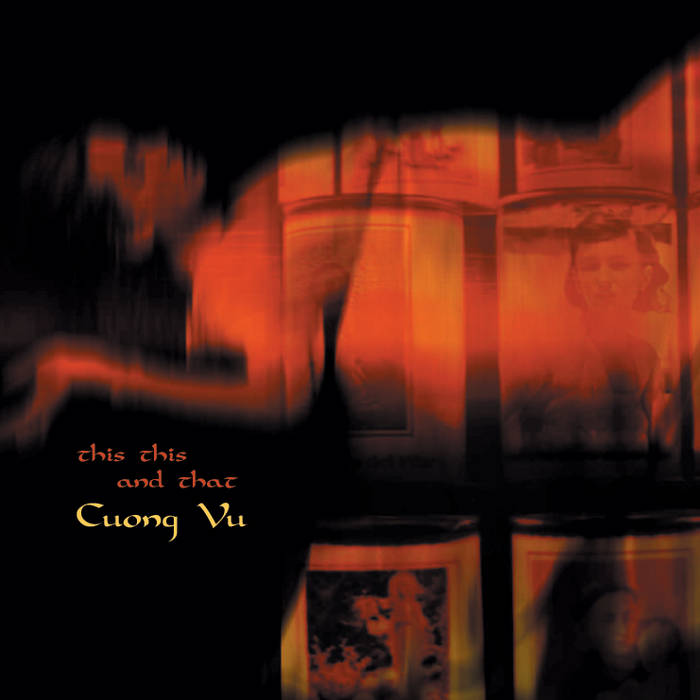 This "record" is a compilation of two Knitting Factory Works records of mine, Pure and Come Play With Me.

When the Knitting Factory was taken over by corporates who subsequently refocussed the entity's motto towards commercialism, a joint lawsuit by KFW artists won our masters back from them.

Instead of re-releasing both of my records, I decided to take my favorite cuts from each and make it into one album. Since both records featured the same trio and the subject matter we were exploring was pretty much within the same ballpark, it worked out to make a much better album than each of the previous two while retaining a cohesive musical narrative.

This is a digital re-release on the Table & Chairs record label.

Press
------
"...Takes the epic sci-fi peaks of Miles Davis circa BIG FUN and anchors them with a straight rocking, stripped down rhythm section..." - The Wire

"No one is likely to confuse trumpeter Cuong Vu with a neo-con young lion. Although he's young enough, educated enough (the New England Conservatory) and experienced enough (including a touring gig with the Pat Metheny Group), he doesn't seem interested in the rote bebop recreations that characterize other young trumpeters. Working with the likes of Laurie Anderson and David Bowie as well as more jazz-oriented types, he's evolved a distinctive, electronics-influenced style that with this band almost takes on the trappings of a rock power trio." - Ken Waxman, jazzweekly.com

"Trumpeter Cuong Vu's takes the spaciness and the simmering, rather than the raw, energy of Miles Davis' fusion-era bands—which featured six or more musicians —and translates their spirit into a trio while retaining the music's widescreen effects. Bassist Stomu Takeishi and percussionist John Hollenbeck give the music a broad foundation as Vu processes his melody-rich playing through electronics, and the effect is both soothing and anthemic. Come Play With Me is an album for the patient to get lost in again and again." - Christopher Porter, JazzTimes

Each track on a Cuong Vu album is a sonic journey. It could be hauntingly melodic ("Dreams, Come Play With Me") or wildly primal ("Faith"). ...it might start melodically, but as the music progresses, all three instruments ---- trumpet, bass, and drums --- grow in presence and character. After building to an abstract climax, the piece comes to a melodic resolution. - Ron Netsky, rochester-citynews.com